You Are Here: Thesis topics


New TPCs for the upgrade of the T2K near detector 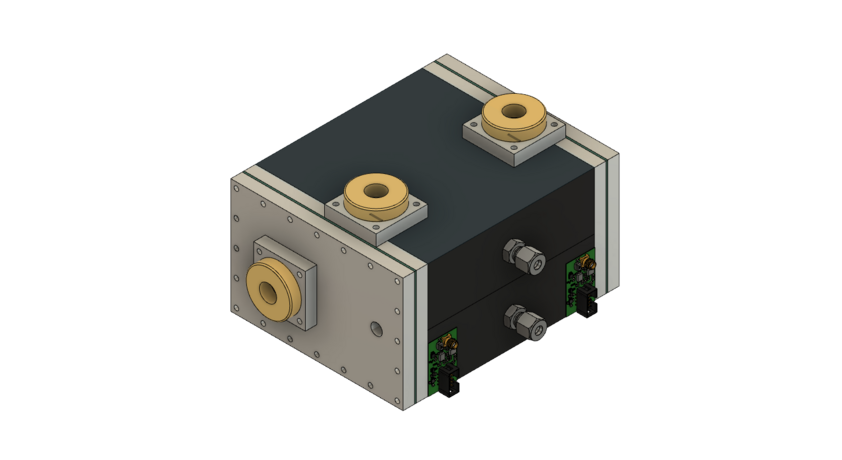 The T2K (Tokai to Kamioka) experiment studies the phenomenon of neutrino oscillations. It is sensitive to CP violation, i.e. a difference between matter and antimatter, and could thus provide an explanation for why matter and antimatter did not completely annihilate after the Big Bang.

An upgrade of the near detector is currently on its way, the accelerator's beam power will soon be increased and in a few years Hyper-Kamiokande will begin operating as a far detector. For the upgrade of T2K's near detector, new TPCs are being installed to measure neutrino scattering at larger angles. From Aachen we will contribute monitor chambers (see figure) as part of the overall system.

You can participate in the construction, commissioning and testing of these new TPCs! Both Bachelor's and Master's theses are possible. The construction of the monitor chambers will take place in our laboratory in Aachen, the commissioning of the TPC system at CERN and the integration into the near detector at the J-PARC research centre in Japan. Thesis topics are also available in the area of the software for track reconstruction in the new TPCs. 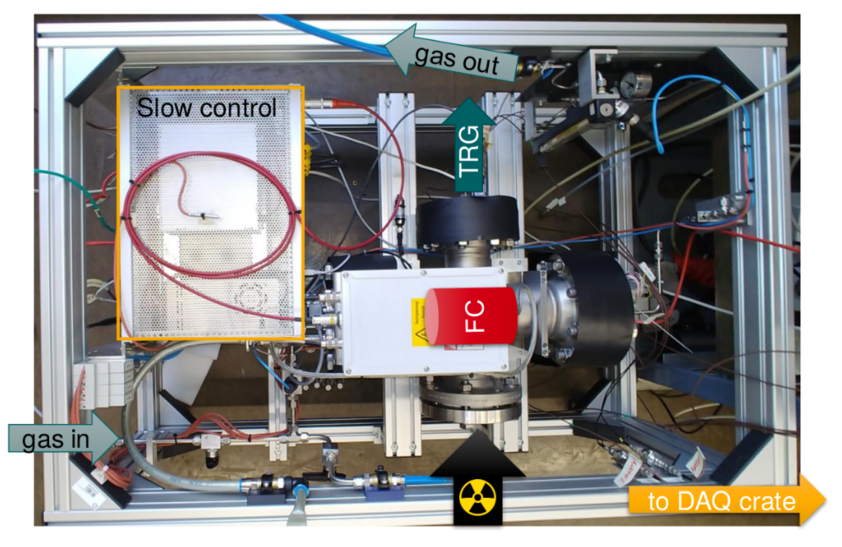 After the T2K experiment found the first evidence of CP violation in the neutrino sector, definitive proof of CP violation and thus a possible explanation for the disappearance of antimatter after the Big Bang will come from larger follow-up projects, the Deep Underground Neutrino Laboratory (DUNE) and the Hyper-Kamiokande Experiment (HyperK) in Japan. DUNE includes the largest liquid argon TPC ever built at the Sanford Underground Research Facility in South Dakota and a gaseous high-pressure TPC (HPgTPC) at Fermilab.

Our group has extensive experience in studying the parameters of drift chamber gases. We can perform these at pressures up to 10 bar. We are currently investigating the usability of different argon-based mixtures for the planned HPgTPC at DUNE. For this purpose, we have constructed a miniature TPC (see figure), a so-called high-pressure gas monitor chamber (HPGMC). Systematic studies of the drift gas parameters in the proposed gas mixtures for the HPgTPC at different pressures will be a crucial input for the design of the HPgTPC.

Measurements with the HPGMC and simulations of the gas mixtures used can be carried out during Bachelor's and Master's theses. This way, one can make a decisive contribution to the design of a future large-scale experiment in particle physics.

A liquid organic TPC for the monitoring of nuclear waste repositories 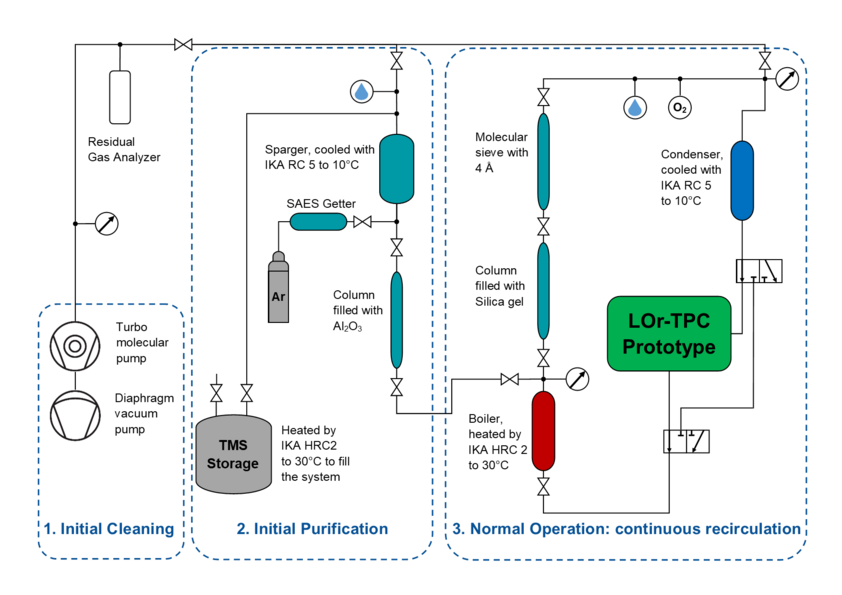 Low-energy neutrinos below 5 MeV are of particular interest in neutrino physics, e.g. for the study of solar neutrinos and geoneutrinos. This also applies to a new concept for monitoring radioactive waste repositories, in which we measure the neutrinos produced by the radioactive isotopes present in the waste.

In this project, a TPC is being developed that uses an organic liquid instead of a drift gas to detect low-energy neutrinos. Unlike liquefied noble gases (e.g. liquid argon TPC), organic liquids do not have to be cooled to low temperatures, but are usually already in the liquid phase at room temperature. An example of such a material where free electron drift has been demonstrated is tetramethylsilane. We are investigating parameters of electron drift in tetramethylsilane, which should lead us to the design of our prototype LOr-TPC.

You can be part of the construction of a prototype detector (see figure) in our laboratory right from the start! But you can also work on the development of a simulation depicting the monitoring of a nuclear repository with the proposed neutrino detector. 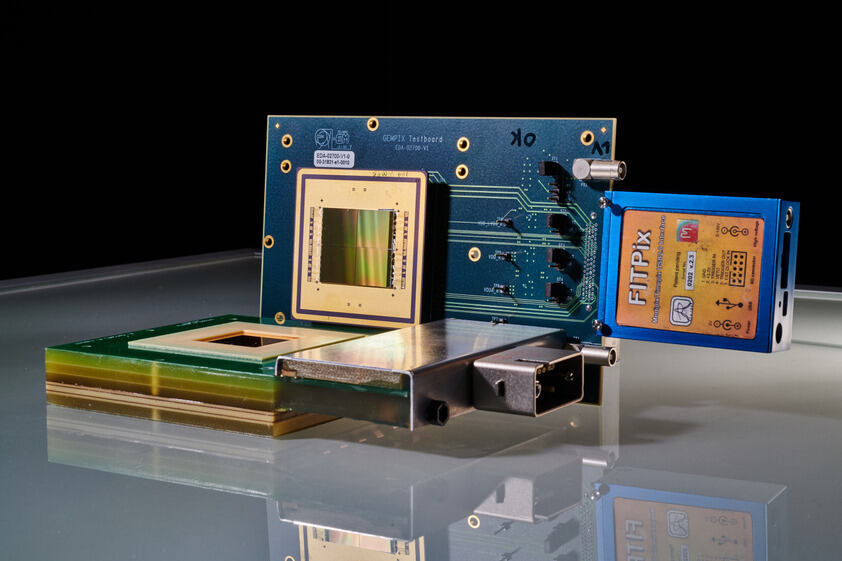 In the field of radiation monitoring and microdosimetry, researchers are trying to study the energy deposition of particles that penetrate human tissue at the microscopic level, e.g. in the context of radiation therapy for tumours. To understand the relative biological effectiveness, not only the radiation dose and type of radiation are important, but also the local distribution of the absorbed energy. For this purpose, TPCs are used that are filled with specially constructed tissue equivalent gas (TEG) mixtures so that they resemble the atomic composition of human tissue.

In collaboration with CERN researchers, we want to study the electron drift in TEG gas mixtures.
This involves mixing TEGs with an existing gas mixing facility, measuring and analysing the drift velocity with monitor chambers, and running simulations on the physics computer cluster.

You can participate in either the measurement of the gas parameters or the simulations as part of a Bachelor's thesis.